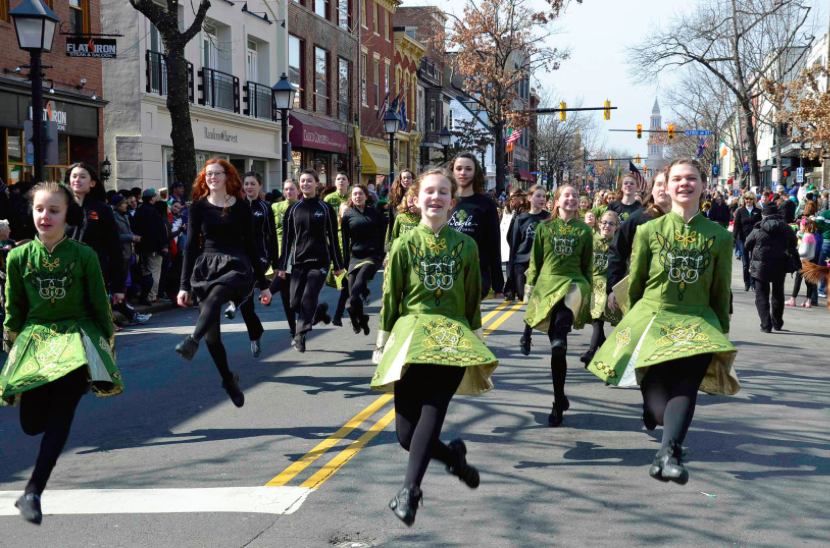 Dig out your green shirts, chapeaus, shamrocks, and drinking gloves! St. Patrick’s Day weekend is going to be pretty epic in Old Town this year. The annual parade is normally the first Saturday in March but because of windmageddon could not take place on that weekend this year.

However, great news! The Ballyshaners’ have announced a new parade date of Sunday, March 18th at 1:30pm. That’s right! St Paddy’s Day is a Saturday this year and we’re going to close out the weekend with the parade on Sunday.

This will be Old Town’s 37th Annual St. Patrick’s Day Parade presented by the Ballyshaners. Typically, the parade features Pat and Bernadette Troy as the Grand Marshalls with over 3,500 people marching, including Irish dancers, pipe and drum bands, historical re-enactors, Shriners and Kena cars, and dog rescue groups!

The Ballyshaners are a a nonprofit group dedicated to promoting and preserving Irish heritage. “Ballyshaners” actually means “Old Towners” in Gaelic. The Ballyshaners were founded in 1980 by folks that wanted to have a Saint Patrick’s Day Parade in Old Town. Follow the Ballyshaner’s on Twitter @Ballyshaners.