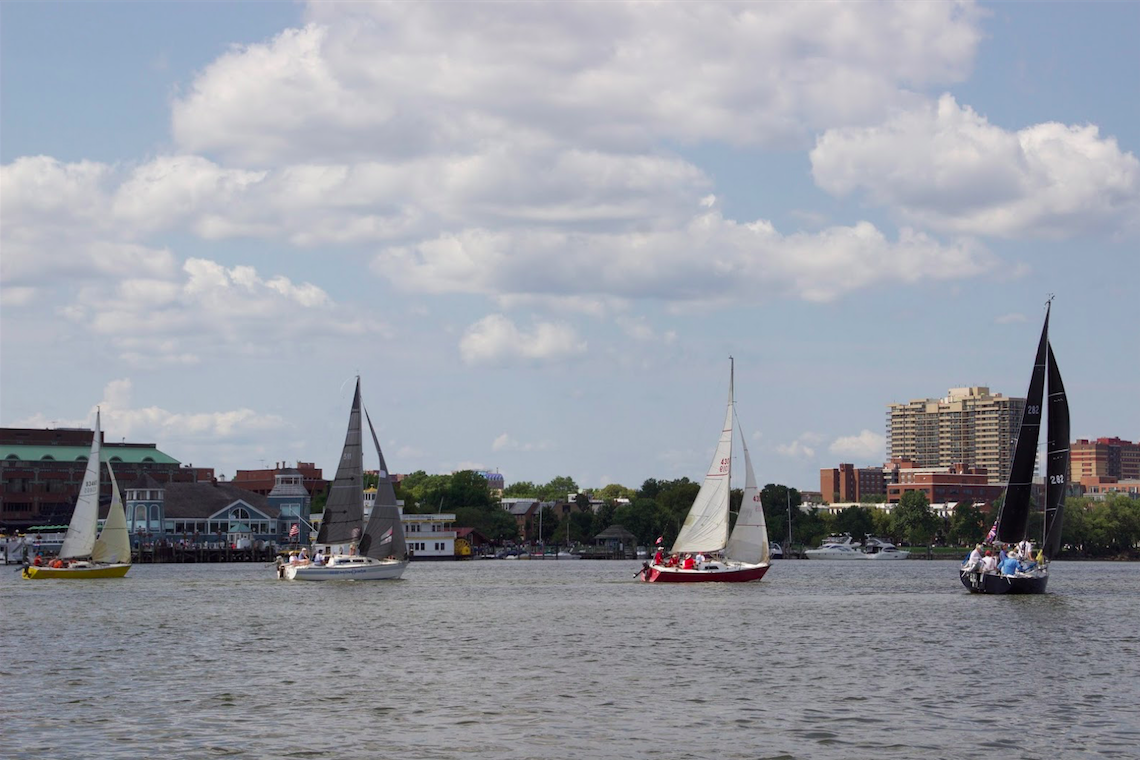 “This fun and competitive event continues the ODBC tradition of promoting water sports and sportsmanship on the Potomac River.   Established in 1880, the ODBC has played a proud part in Alexandria’s social and civic history. The Club hosted its first regatta in June of 1885 and the first ODBC Cup in 2016.” according to Liz Beckman who worked on the regatta.

Races begin at 10am and continue until 2 o’clock. For non ODBC members, optimal viewing would be in Waterfront Park or the Alexandria City Docks. This year’s start and finish line will be off the south dock in front of the new ODBC Clubhouse.

Countries being represented in this year teams include Australia, Canada, Great Britain, Netherlands, New Zealand, Sweden and the U.S. (ODBC). The team representing the U.S. (ODBC) will be led by Boat Club member Doug Savage and crewed by other members.

2017 Photos by Chantal Eumicke for the ODBC