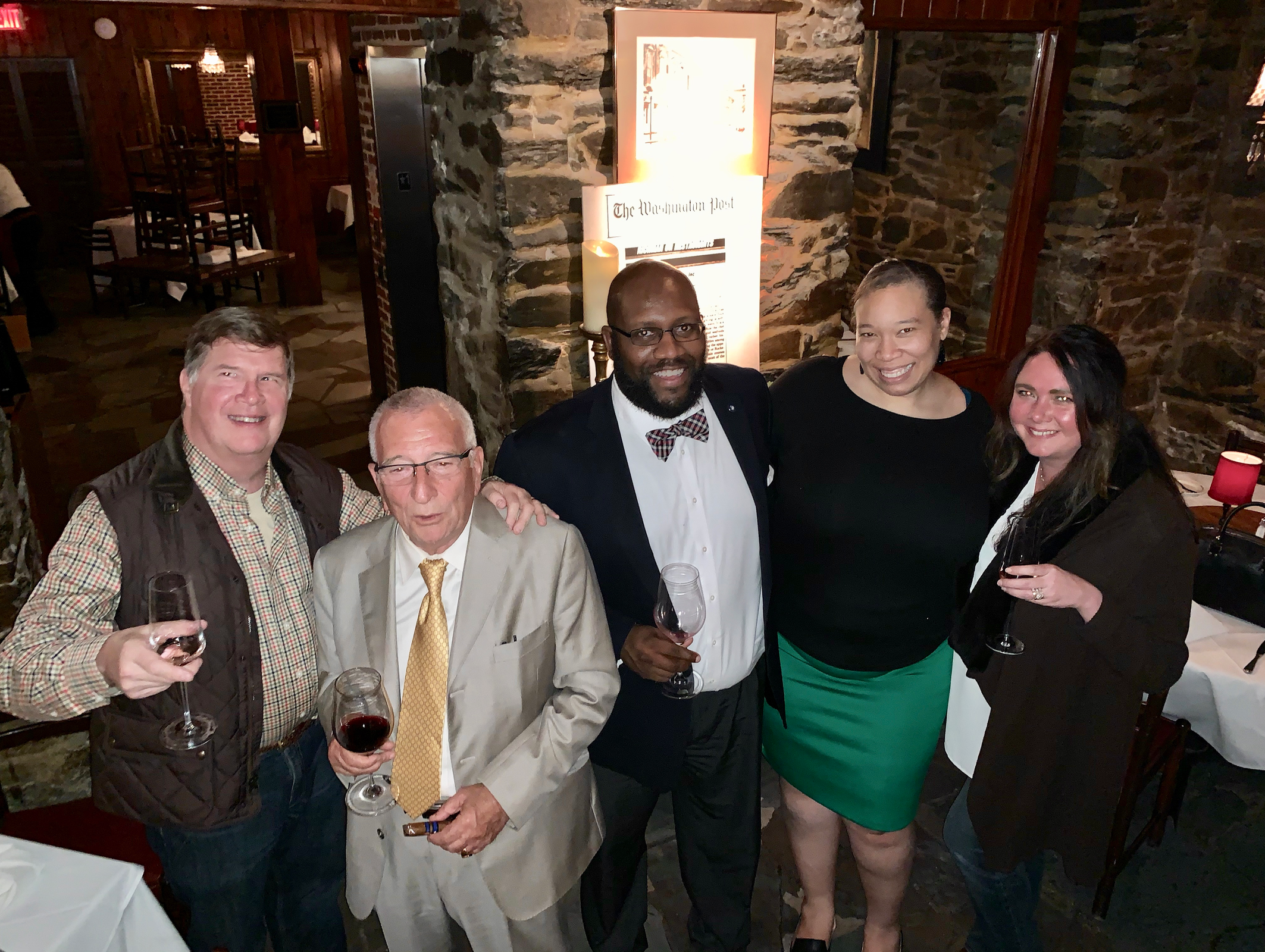 One thing was certain Monday night. The place to be was Landini Brothers (Landini’s) as they celebrated their 40th year in the business. Reservations started at 3:30 and they were packed until their last seating. We couldn’t get in until 10 o’clock!

I must say, Landini’s anniversary bash was filled with quite the who’s who of Alexandria. We ran into lots of folks. And those we didn’t run into made sure they told us about their earlier reservations on social media. lol.

Our friend Alison Silberberg, former mayor and our “rabbi” who married us, was celebrating at Landini’s. “What a lovely and delicious evening at Landini’s tonight! Everything was fantastic. . . . Happy 40th to Landini’s! Kudos to Noe Landini and his whole team. The place was packed for the celebration” declared Allison.

Our friend John Chapman, Alexandira Councilman and well know Night Mayor, was also there as you see pictured on the cover photo. In the cover photo is also Miles, Franko Landini (one of the founding brothers), Chapman, his wife Monika, and myself.

Even though we couldn’t get in until 10 o’clock we knew we had to trek out of our cozy townhouse and go. It was the experience everyone was buzzing about. I actually don’t feel so bad about our late reservation since that was also when the Night Mayor got in. lol. There was reason for people to be buzzing, by the way. It was the original Landini Brother’s menu with the original prices. The pure joy on Miles’ face when his 1/2 dozen oysters came for $3.95 made the European dining time well worth it!

Here’s a peak at the original menu from 40 years ago. You don’t see prices that that any more. I actually giggled when I read the menu. Our wine cost more than the meal. lol. . . .

Landini’s is such an Old Town institution I actually wonder if people take it for granted. A restaurant in the same spot for forty years that takes care of their regulars (hello! 1/2 portions that only the locals know about), one might be bound to take it for granted. A friend in the business, Lee Meadows, told us that if a restaurant makes it three years in this day and age it’s considered a success in the restaurant industry. Imagine 40??! Bravo Landini’s! Bravo.