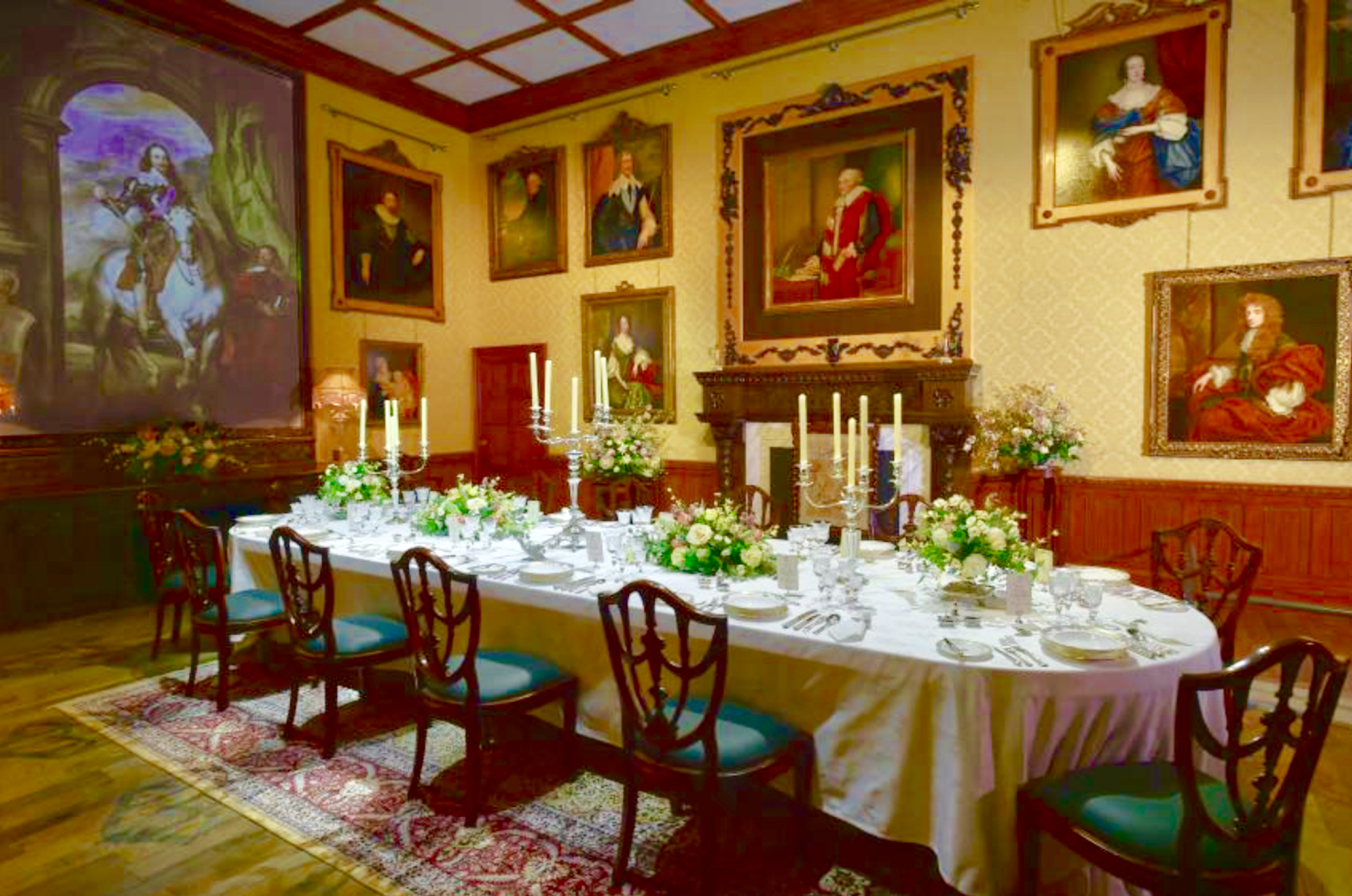 Downton Abbey: The Exhibition is traveling to Biltmore and Miles and I couldn’t be more excited. Miles has been to Biltmore many years ago. I’ve never been but always wanted to go. So I’m thrilled to be able to see the Downton exhibit, tour America’s Castle, and stay at the Inn on the estate all on the same trip.

It just seems so perfect to me to see an exhibit of a beloved show that filmed at the grand and glorious Highclere Castle exhibited at America’s grand and glorious castle. “We are delighted to be bringing Downton Abbey: The Exhibition to the majestic setting of Biltmore for the fourth stop on our U.S. tour. The beautiful estate, with all of its treasures, will provide the perfect backdrop for our exhibition, which we are sure will hold fascinating appeal to Biltmore members and visitors” stated Dominic Burns, NBCUniversal’s SVP of Brand Management.

“Biltmore is an estate that is rich with history, so it makes for the perfect home for Downton Abbey: The Exhibition. For those only just embarking on the Downton journey or fans who have longed to experience its splendor, this is the ultimate opportunity to immerse yourself in the real sets and get up close to over 50 costumes and artifacts from the series.” said Gareth Neame, Executive Producer of Downton Abbey & Executive Chairman of Carnival Films.

Neame goes on to state, “You can also see the historical context and subject matter behind the show, which you wouldn’t see otherwise, and learn more about the society, culture and issues, which led to the stories we told.”

“There are many parallels between Downton Abbey and Biltmore’s real-life story of the Vanderbilt family, their friends and staff. We know the world of Downton Abbey really resonates with our guests. With Downton Abbey: The Exhibition, we’re excited to provide a new, interactive experience unlike any we have had at Biltmore,” said Biltmore’s Travis Tatham, the Director of Entertainment and Event Programming.

One of the things I’m most excited about is seeing the clothing. Lynda McInerney from our Downton Abby Fan Page on Facebook said “the detail on the dresses was exquisite! I had no idea they did such intricate work on clothes for T.V. unless they would be seen closeup! Of all the things [in Downton Abbey: The Exhibition] that’s what amazed me the most.”

On it’s American tour, Downton Abbey: The Exhibition has been to New York, Palm Beach, and is currently in Boston. So it’s been making it’s way up and down the East Coast and they’re kinda’ secretive about where it will go next. One day I had a mini panic attack thinking that the exhibit might be headed half way around the world next and we hadn’t seen it yet. So we were just about to venture up to Bean Town and news broke about it going to Biltmore. Perfect!

This has been our year of Downton. So we thought we’d wrap it up by visiting Downton Abbey: The Exhibition at Biltmore over the holidays.

It’s like we’re getting three vacations in one. Tour Biltmore. Immerse ourselves in the Downton Abby exhibit. And See America’s Castle decorated for Christmas.

As y’all might remember from our Postcards from Jiles, in May we visited Highclere Castle. It was an amazing experience! One thing, however, that I didn’t think of before our visit and struck me was that it’s not just the location for Downton but ultimately it’s a private residence that you happen to be able to tour.

While most of it looks the same, the rooms are not actually a shrine to Downton (in contrast, our house does currently looks like the shrine with all the stuff we brought back from the Highclere and Bampton gift shops – lol).

Highclere still has house parties. There are current magazines lying on the floor and books stacked in the bedrooms. Carson did not make sure the dining room was set to standards. The perfectly polished silver wasn’t on display. And a grand flower arrangement was not in the center of the table.

It’s a beautiful home. It’s a grand home. And it’s a lived in home — which I personally found to be part of the charm of visiting Highclere Castle.

I imagine that the Downton Abbey exhibit will kinda’ bridge the gap of what I expected to see at Highclere and what we actually saw. The New York Times said the exhibit is “a cleverly immersive experience mounted with the same exacting care as the show itself.” That’s pretty high praises.

Downton Abbey: The Exhibition at Biltmore

all images courtesy of Biltmore